On June 23rd I noticed that John Gruber was spewing hatred and obscenity in the direction of legendary photographer Jay Maisel, and wrote about it the same day. I thought that Gruber’s attacks were unjustified, childish, and contemptuous of his readers.

The Maisel-Baio affair quickly became an internet brushfire. Most web citizens took Baio’s side, predictably, and many seemed to be taking their cues from Gruber (other prominent web pundits had taken roughly the same line, but you could find echoes of Gruber’s comments all over the web, including on Maisel’s Facebook page, since taken down). They swallowed his disingenuous comments about Maisel’s home without reading the original article about it, just as Gruber must have predicted they would. And it was easy enough to predict that an internet horde would latch on the the first thing they heard, adopt other people’s opinions, and pile on, without bothering to look in to things for themselves.

After a few days went by other opinions starting being heard, however. A sampling of comments on fora, twitter, and elsewhere revealed an interesting divide. People who make their living as photographers almost universally saw this as a clear case of misappropriation, and Baio’s claims of “fair use” to be laughable. People who don’t create anything but have carved out a niche talking about people who do continue to think that there was nothing wrong with what Baio did and Maisel’s lawsuit was unfair.

On Jeremy Nicholl’s excellent “Russian Photos Blog” he has an eloquent rundown of the situation.

Should Maisel have contacted Baio directly instead of sicking his lawyers on him? No.

How would Baio have faired in court? How far would his “fair use” claim get him? Not far. In fact, a lawyer who is an expert in intellectual property law has examined the circumstances and concludes that Baio’s use of Maisel’s photograph was derivative, not transformative, and not fair use under US copyright law. He also uncovers several mistakes, misrepresentations, and probable acts of disingenuousness in Baio’s account of the situation.

A interesting post by “engl” on a photography forum:

“Andy is also not some poor blogger up against ‘the big guy’, he sold his business upcoming.org to Yahoo 6 years ago and surely has enough money to take it to court. He would have, if he’d have any chance of winning. Instead he can fold, pay a small cost, and make a blog post about how he is the victim. He gets publicity, does not have to lose in court, and a sob story for why he had to pay the settlement.”

One of Baio’s most crudely vocal supporters is “Thomas Hawk”. Here is Jeremy Nicholl’s brilliant exposè of the Hawk character, with more about Baio’s background as a copyright infringer. Recently, Hawk’s articles about the Baio-Maisel affair have vanished.

In a revolting turn of events, the internet rage against the 80 year old photographer spilled out into the streets. Some Baio supporters bravely expressed their support for copyright infringement by plastering posters on Maisel’s house when they thought no one was looking. This was cheered on and described as “street justice” by gullible reporters, although we now know that the stunt was arranged and paid for by a Baio sympathizer.

And What About Gruber?

See if you can figure this one out. Gruber recently made a huge deal about some Mac news site not giving sufficiently long-winded credit to some other Mac news site about some trivial story. He rakes them over the coals and calls them an obscene name. This is the only way he seems to be able to express himself when he gets all worked up. The bizarre thing is that the site linked to the source, but that wasn’t up to Gruber’s standards, because they didn’t spell out the original author’s name, or something. It makes no sense, but Gruber’s so hysterical that he lays down the internet death penalty: Gruber will not link to the offending site until they make it right! Wow.

Later, he makes things worse, helpfully explaining along the way how it is entirely different when he does the exact same thing.

Note that Baio didn’t give any credit to the original “source” when he ripped off Maisel’s photograph, neither by name nor in any other way. We have here a perfect illustration of the great divide I alluded to above. In Gruber’s universe, it’s perfectly fine to misappropriate an actual work of creative art, but if you take something really valuable — a link to some ephemera about how many iPad apps there are — that can not be tolerated. 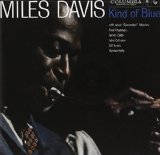 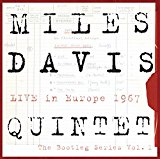 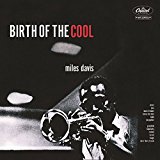