The Ruby World: is it This Bad?

I was interested in checking out out a CSS (Cascading Style Sheet) compiler. This is something that lets you write your styles in a language with prettier syntax (maybe) and allows you to define variables and do arithmetic, and creates standard, conforming CSS at some version. So you can define, for example, your colors at the top and use them where you like, changing the color scheme of your layout by changing the color variables instead of searching through your CSS file. And you can define your alignments with the necessary arithmetic right in the specification. In other words, the way CSS should have been designed to work.

The most popular one seemed to be something called “Sass”. It required the scripting language Ruby, which is fine, because I’m on a Mac right now and OS X comes with Ruby, although I’ve never done a thing with it.

Ruby packages are called “gems;” to get Sass I need to do

Right away there is trouble. The gem installer tries to go to some website in the Ruby universe, which tries a redirect, and the installer doesn’t like that. Not that it gives a useful error message. Some Googling gives me the impression that I need to update my “RubyGems.” Of course, the suggested incantation gem update –system leads to the same error caused by a redirect.

Apparently the next step to try is to download the RubyGems mess manually from the official website. I download and untar it; then I’m supposed to go in there and say ruby setup.rb as root. Sounds simple! This gives me a bunch of error messages that are syntax errors in the Ruby programs that are in the lib directory in the tarball.

I look at the website to try to find links to earlier versions of RubyGems, but there are none. Going up the URL path leads nowhere. I look for more recent versions of Ruby, but the version I have is the latest binary available for OS X (and is a couple of years old).

I Google for other CSS compilers and find out about CleverCSS, which looks just as nice as Sass and happens to be written in Python, which I use every day. I type easy_install CleverCSS and it’s there, ready to use. And it works.

Update added June 25, 2011: looks like the problem is the old version of Ruby on the Mac. In the Ruby world a minor version change in the language can cause existing scripts to die with syntax errors. No, thanks. 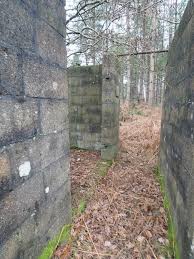